The bike path, 70 km long, winds across the plains closely following the river banks of the rivers ‘Teverone’ and ‘Marroggia’ as it takes you to  towns and cities like Assisi, Spoleto, Foligno and Trevi and lesser-known villages that are still untouched by mass tourism, giving visitors the opportunity to experience a way of life and traditions that have not changed for centuries.

The route is flat and very pleasant with very few minor slopes. Most of the route is free from car traffic and therefore very safe and suitable for families with children. You will be given all the necessary materials and maps to find your way around; your guide will be available at all times.

The time it takes to get from Assisi to Spoleto obviously depends on one’s physical form and the distance from one place to another. On the route, you may find yourself tempted to stop off at some of the many wine cellars and also enjoy tasting typical Umbrian cuisine.

The cities of the itinerary " Assisi - Spoleto Bike Path"

positioned on the slopes of Mount Subasio, offers breathtaking views of the green Umbrian valley below. It was originally a small village inhabited by Umbrians and under the control of the Etruscans until 295 BC when the Romans took over. Assisi is known mainly for St.Francesco who, after his death in 1226, became a symbol of peace and brotherhood among all peoples of the earth. In 2000 Assisi was listed as a UNESCO World Heritage Site.

is situated in the valley facing Mount Subasio and is about 4 km from Assisi.

The village is named after the imposing basilica built in 1569 and designed by Galeazzo Alessi.

Inside, beneath the imposing dome, lies the Porziuncola. S. Francis. After restoring the Porziuncola, which, at the time, was hidden in the woods, he often used this chapel as a retreat.The Basilica includes a museum containing priceless paintings and precious sacred objects one of the most famous works being a large terracotta statue by Andrea della Robbia dating from the end of 1500 approx.

This pretty village between Montefalco and Foligno contains a fascinating mix of Roman and Medieval architecture. Bevagna today is famous for the Gaite celebrations which takes place every year from June 17th to 27th. It offers tourists historical re-enactments of medieval crafts such as glass making, blacksmiths at work, demonstrations of silkworm breeding and much more.

an ancient city that lies at the foot of Monteluco which is a site of ancient shrines and marks Perugia’s province boundary. Moving south we head into the area of Terni. ‘Spoletium’ in Latin, now called Spoleto, became a Roman colony in 241 BC and even today you can admire architectural works such as ‘La Rocca Albornoziana’ a fortress that is one of the monuments of the city, the Roman Tower Bridge 230m long and 82m high (giving all cyclists a breathtaking views) and many other splendid monuments.Throughout history, Spoleto was an important destination for the rich and well-known and many of them were influenced by the beautiful buildings of this city. People like Michelangelo Buonarroti an Italian painter, sculptor, architect and poet drew great inspiration from the town. Also the English painter William Turner visited regularly along with the American Edward Peticolas. Dane Johan Ludvig Lund made many valuable notebook sketches of landscape and views of the town.Writers like Johann Wolfgang Goethe were particularly inspired by the ‘Ponte delle Torri’ in one of the most beautiful episode of his journey around Italy. By the way, something not to miss, when cycling through Spoleto, are its famous and delicious truffles which are served in many typical Italian dishes, not least tagliatelle in truffle and cream sauce – Buon Appetito !!! 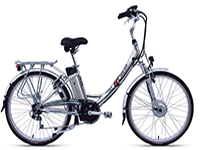 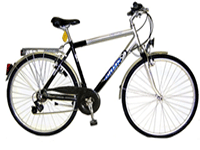 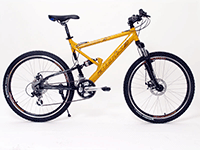